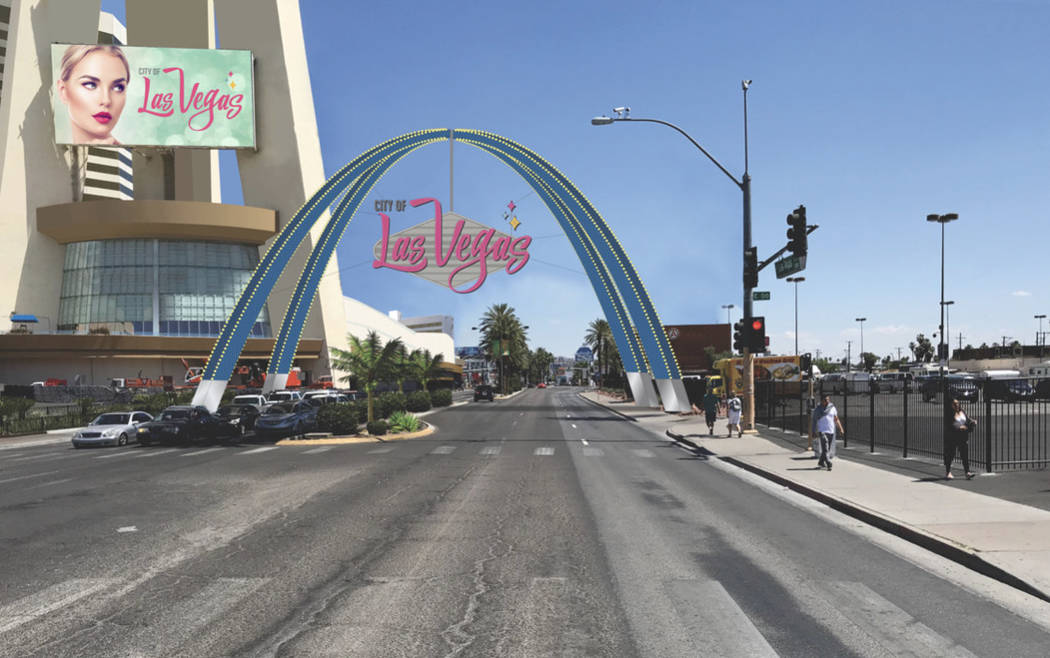 Work on the planned $6.5 million, 80-foot-tall arch sign will begin March 16 and once complete in September, will create a gateway to downtown on Las Vegas Boulevard near the Stratosphere. Courtesy: City of Las Vegas

Construction of an illuminated arch sign that will serve as a welcome sign to visitors to downtown Las Vegas is slated to begin this month.

Work on the $6.5 million, 80-foot-tall crisscrossed arches will begin March 16 and is expected to be completed in September. The arches will create a gateway to downtown on Las Vegas Boulevard near the Stratosphere, Las Vegas officials said.

The blue arches will cross over Las Vegas Boulevard between St. Louis and Bob Stupak avenues, and will feature an emblem featuring a vintage “Las Vegas” script hanging over the boulevard.

The arches are a part of a continued effort to update of infrastructure and signage around downtown Las Vegas, and will be near the showgirl installation at Las Vegas Boulevard and Main Street, which opened in 2018.